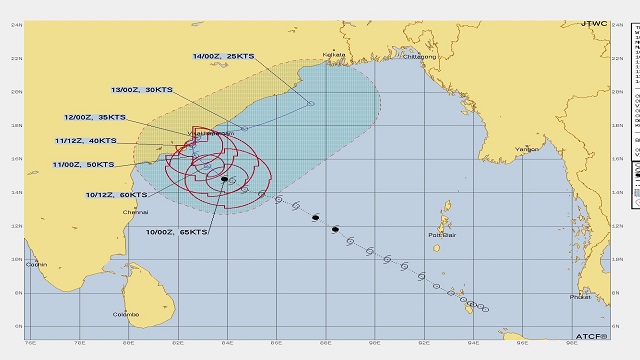 Bhubaneswar: Tracks of several weather agencies and models suggest that Cyclone Asani is likely to touch the Andhra Pradesh coast and not Odisha coast.

The tracks of the European Centre for Medium-Range Weather Forecasts, American Global Forecast System (GFS) and the Joint Typhoon Warning Centre (JTWC) show that Cyclone Asani is most likely to touch the coastal areas of Andhra Pradesh and recurve but will not touch the Odisha coast.

Earlier it was said that the cyclone would not hit the land.

Earlier it was said that Asani would not touch land pic.twitter.com/x9Nq9opZ3D

The IMD DG said that the system, thereafter, is very likely to recurve north-northeastwards and move towards the northwest Bay of Bengal off North Andhra Pradesh and will weaken gradually into a cyclonic storm.

2022 MacBook Air: Expected features, specs and everything we know so far