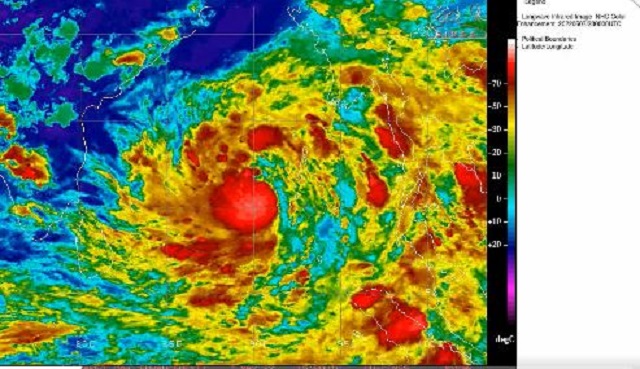 Bhubaneswar: The India Meteorological Department (IMD) on Sunday informed that the deep depression lying at 1100 km south-south east of Puri over the Bay of Bengal (BoB), is likely to turn into a cyclonic storm today.

The depression is moving at 13km/h towards north-northwest, informed the MeT department.

The IMD informed that the cyclonic storm will not make landfall in either Odisha or Andhra Pradesh, but will move parellel to the coast.

MD DG Mrutyunjay Mohapatra said that the deep depression will recurve and move towards northwest Bay of Bengal after nearing the North Andhra-Odisha coast.

“The system is moving towards the coast in the north-westwards direction. It will continue to move in that direction till May 10 evening, and thereafter recurve in the sea north-northeastwards and move parallel to the coast,” Mohapatra said.

Following which rainfall is expected in Gajapati, Ganjam and Puri in Odisha on May 10 and 11.

The weather department also stated that the sea conditions near the Odisha coast will become rough on May 9 and rougher on May 10. The wind speed in the sea will increase to 80-90 kmph on May 10.“The windy conditions will prevail till May 11 and reduce thereafter and the fisherman have been advised not to venture into the sea and along and off West Bengal and Odisha coasts from May 10 till further notice.

Encounter breaks out at Kulgam in Jammu & Kashmir