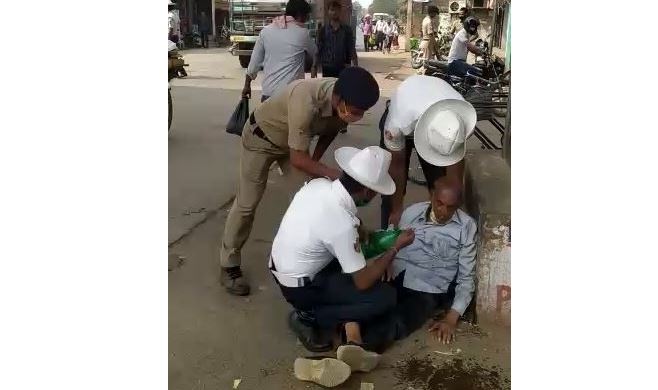 Cuttack: In an instance of humanity, traffic police turned Good Samaritan on Friday at Nua Bazar chowk under Chauliaganj Police limits in Cuttack city of Odisha. The traffic cops helped an old man who fell unconscious on the road.

As per reports, an old man named Narendra Sahu fell unconscious in the middle of the road when he was crossing the road at Nua Bazar Chowk in Cuttack. Within no time, the traffic police, who was on duty at the chowk caught hold of him and escorted him to the road side. He helped the old man to get normal by spraying water on his face. Other two cops also helped him in this noble deed.

After the old man became normal, the cop arranged an Auto to send the old man to his house at Bidyadharpur.

The locals who were present there and witnessing the happenings were all praise for the traffic Police.

Know How To Move Your WhatsApp Chat History To Telegram