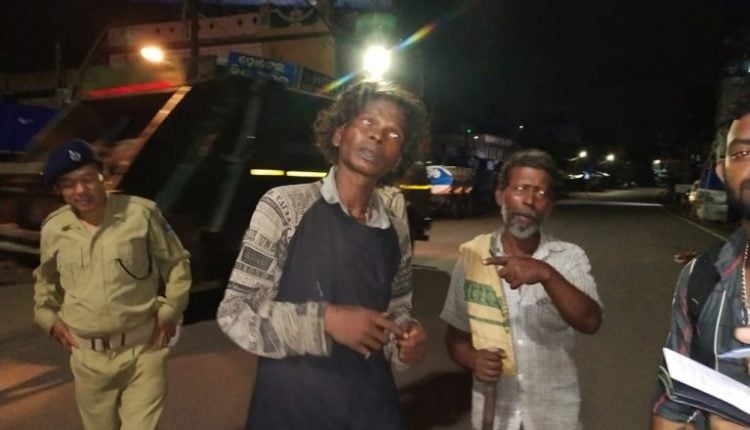 Cuttack: In a ray of hope towards ending the scary chapter of serial killings on Cuttack streets for past couple of days, locals in Ranihat area nabbed a mentally sick man last night and handed him over to police.

Looking scary from the appearance the man was detained while possessing sharp weapons believed to have been used in carrying out gruesome killings which took three lives in past few days. He was later handed over to police for quizzing.

While the role of the detained man in the serial killing is yet to be established, Cuttack DCP Akhileshwar Singh held a press conference this morning and informed that a Ganjam man who was staying in the city for past 4-5 months has been detained. He has been identified as Narayan Sahu in is suspected to have link to the psycho killings, he added.

Notably, people spent sleepless nights in Cuttack after three back to back killings struck the streets. On July 23 a man was found dead near a tea stall located near canal road in Mangalabag police limits. Within 24 hours of the incident two more bodies, one each from OMP overbridge and Parala Maharaj Children’s Park, were recovered in the city leaving police under pressure.

In all the cases the accused was crushing the victims with stones after carrying out the killing.

As the murders created huge uproar across the State triggering ‘stone man fear’, the Commissionerate Police had intensified its probe to nab the culprit.