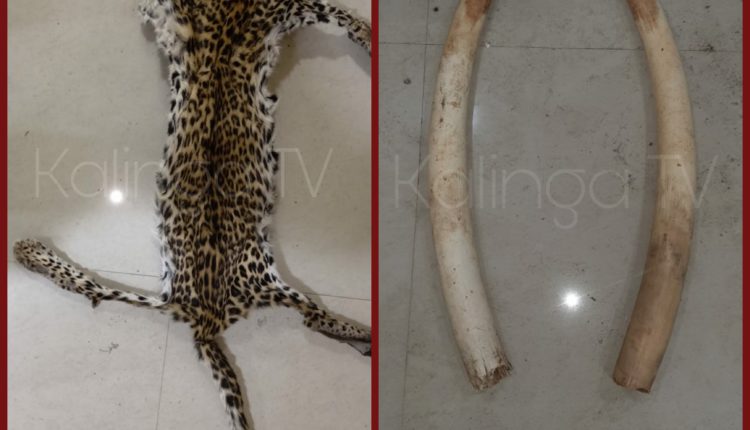 Nayagarh: The Special Task Force (STF) of Crime Branch on Sunday arrested two persons on the charges of possessing a leopard skin, two elephant tusk and other incriminating materials.

On the basis of reliable information, STF team conducted a raid on Gania Chamundia road near Maa Kalapata Mandir, on the bank of Mahanadi river under Nayagarh district when they were informed about a deal of sale of Leopard skin and Elephant tusk by the criminals.

Both the criminals were arrested followed by a raid by the team. They seized one leopard skin and two elephant tusk and other incriminating materials  from them.

The duo could not produce any valid authority or documents in support of possession of the leopard skin and elephant tusk, they were arrested under section 379/411 of the Indian Penal Code (IPC) and section 51 of Wildlife (Protection) Act 1972.

The seized leopard skin and elephant tusk will be sent to the Wildlife Insititute of India, Deharadun for chemical examination.

Asus ZenFone 8 Series To Be Launched On May 12; Snapdragon 888 SoC Tipped