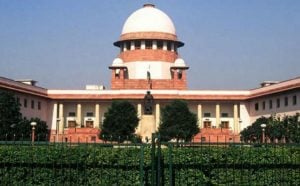 New Delhi: The Supreme Court on Wednesday directed all State governments to appoint a senior police officer as a nodal officer in each district to ensure that incidents of cow vigilantism are prevented and dealt with effectively.

The bench also asked the Centre to respond to the submission that it could issue directions under Article 256 of the Constitution to all state governments on issues related to law and order.

The apex court was hearing a PIL filed by Tushar Gandhi, great-grandson of Mahatma Gandhi, about the lack of responsibility and accountability shown by the Centre and State administrations even as cow vigilantes wreaked havoc and resorted to murder in broad daylight in the name of the cow protection.

On July 21, the Centre had told the Supreme Court that cow vigilantism was a state subject and it did not have a role to play.

Earlier, a bunch of petitions led by Congress activist Tehseen Poonawalla had sought criminal action against cow vigilante groups whose lynching led to communal tensions in various parts of the country, mostly in BJP ruled states.

‘If you are LGBTQ, you can’t donate blood’!