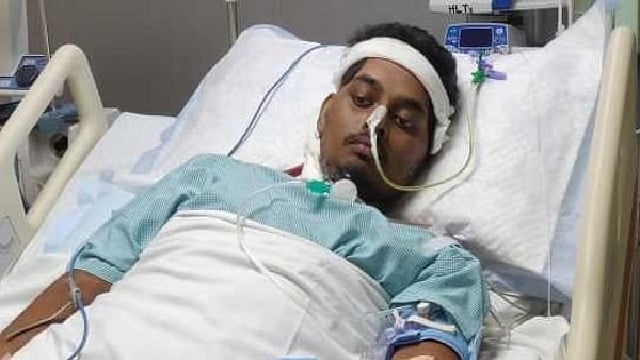 According to reports, Amrit’s sister Manisha Pradhan informed regarding his demise last night.

Amrit has recently went through his double lungs transplant operation on October 24. The surgery went for 19 long hours. He was also having a cyst in his right ventricle of the heart, which was operated during this operation. Post the surgery Amrit was on the ECMO support for both lungs and heart. Since, he was having excessive Edema, he was undergoing CRTT dialysis.

It is pertinent to mention that he had tested positive for Covid-19 in May and later developed pneumonia and septicemia.

After passing out from College of Engineering & Technology in Bhubaneswar, Amrit was placed in a software company and was simultaneously preparing for civil services. In the month of April, his parents tested positive for Covid 19.

As Amrit was taking care of them, he gradually started showing symptoms for coronavirus and was admitted to AIIMS Bhubaneswar when is health condition deteriorated. He was initially put on non-invasive ventilation (NIV) support and since the past few days has been on ventilator support.

The doctors suggested that an Extracorporeal Membrane Oxygenation (ECMO) shall support him with the ventilator and give his lungs a better chance to heal. His sister, Manisha Pradhan, took it her social media handle and requested people for help.

Soon after the social media post, the appeal immediately connected people across the country and within a week huge amount of money was mobilized through ‘Milaap’, a free crowdfunding online platform, for medical emergencies.

Later, the family got the confirmation of bed facility at the Apollo Hospital, Chennai and the process of airlifting started immediately. He was under ECMO treatment in Chennai since June.

The Commissionerate of Bhubaneswar and Cuttack facilitated a green corridor for the special ambulance to travel from AIIMS-Bhubaneswar to the Biju Patnaik Airport.

Green corridor refers to a special route that is cleared of the traffic for some time to help the harvested organs or patients to travel to a destination in a very short time.