StateNationWorld
By Himanshu Last updated May 8, 2021 1 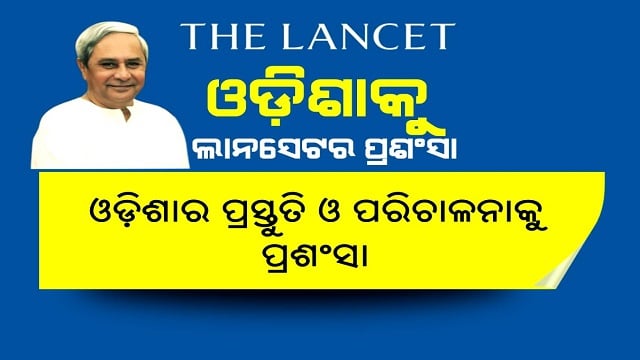 Bhubaneswar: International Medical Journal ‘The LANCET’ has praised Odisha for its preparedness as well as production and export of medical oxygen during the second strain of Covid 19.

In its report on May 8, LANCET said that during the second wave of Covid 19, Odisha was better prepared and hence became able to produce enough medical oxygen to export it to other states. While the journal also praised Kerala it also raised many important points that could have been taken care up by the Centre.

“Yet before the second wave of cases of COVID-19 began to mount in early March, Indian Minister of Health Harsh Vardhan declared that India was in the “endgame” of the epidemic. The impression from the government was that India had beaten COVID-19 after several months of low case counts, despite repeated warnings of the dangers of a second wave and the emergence of new strains,” read the article.

Covid 19: How much severe is delta plus variant

Covid 19: Unlock likely in 8 Odisha districts in lieu of…

Eli Lilly gets Indian emergency use approval for COVID-19…

“Despite warnings about the risks of superspreader events, the government allowed religious festivals to go ahead, drawing millions of people from around the country, along with huge political rallies—conspicuous for their lack of COVID-19 mitigation measures. The message that COVID-19 was essentially over also slowed the start of India’s COVID-19 vaccination campaign, which has vaccinated less than 2% of the population. At the federal level, India’s vaccination plan soon fell apart. The government abruptly shifted course without discussing the change in policy with states, expanding vaccination to everyone older than 18 years, draining supplies, and creating mass confusion and a market for vaccine doses in which states and hospital systems competed,” the LANCET article also said.

The LANCET praised effort of Odisha and said: “The crisis has not been equally distributed, with states such as Uttar Pradesh and Maharashtra unprepared for the sudden spike in cases, quickly running out of medical oxygen, hospital space, and overwhelming the capacity of cremation sites, and with some state governments threatening those asking for oxygen or a hospital bed with national security laws. Others, such as Kerala and Odisha, were better prepared, and have been able to produce enough medical oxygen in this second wave to export it to other states.”

The Lancet is an independent, international weekly general medical journal founded in 1823 by Thomas Wakley. The journal has strived to make science widely available so that medicine can serve, and transform society, and positively impact the lives of people.