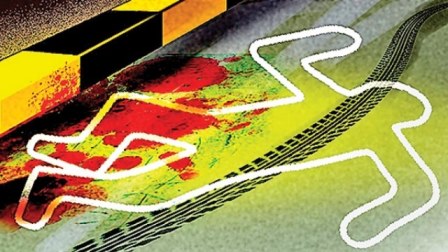 Keonjhar: Three members of a family, including a couple and their minor daughter, were killed in a road accident at Chemena under Turumunga police limits of the district on Wednesday.

The deceased were identified as Sheikh Sajad, a resident of Chadheibhol area, his wife Tamanna Bibi, elder daughter Afifa Tehrin (4).

The road mishap also left another daughter of the couple, Tehesin Parveen (3), and another one-year-old girl severely injured in the fatal mishap.

According to sources, Sheikh, along with his wife and daughters had gone to a hospital and were returning home on a bike. Unfortunately, a van coming from Turumunga hit their bike on National Highway 49 near Banasahi at 5.20 pm.

Some of the passersby and locals rescued the Sheikh family and rushed to Keonjhar district headquarters hospital immediately where Sheikh and his wife were declared dead. The two minor girls were shifted to SCB Medical College and Hospital in Cuttack where the couple’s elder daughter Afifa succumbed to her injuries.

The driver of the van, Haritap Nayak, also suffered grievous injuries and undergoing treatment at the hospital. His condition was stated to be critical.