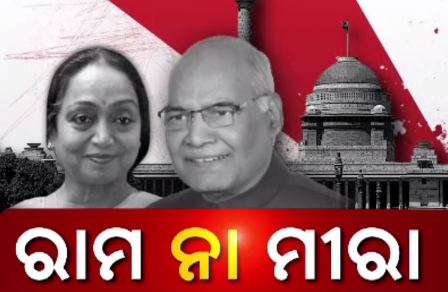 New Delhi: India is all set to get its 14th President with the counting of votes cast in the election for the post on Monday began at Sansad Bhawan (Parliament Building) here on Thursday.

The ballot box of Parliament House was opened first. Later, the ballot boxes received from the states would be counted on alphabetical basis.

The name of the next occupant of Rashtrapati Bhavan, either NDA’s nominee Ramnath Kovind or his contender United Progressive Alliance (UPA) nominee Meira Kumar, would be known by around 5.00 pm.

Rajya Sabha Election: BJD will name 3 politicians as its…

Given the composition of the two Houses of Parliament and state Assemblies, the numbers seem to be stacked in favour of Kovind.

The winning candidate will be sworn-in on July 25.