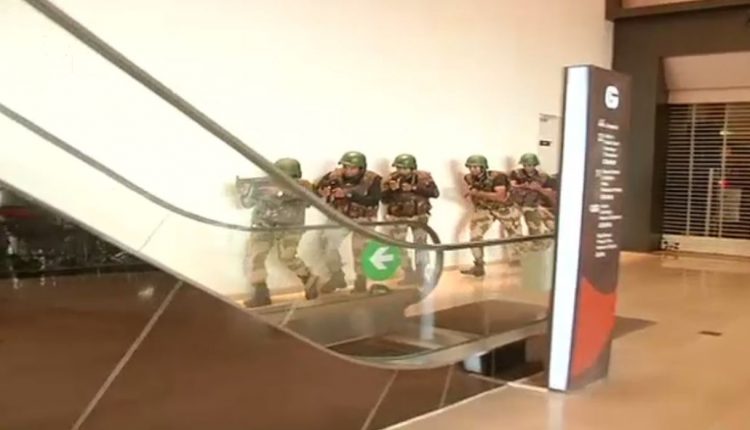 Bhubaneswar: In an initiative to thwart possible terror attack and remain alert in case it happens, a counter terror mock drill has been conducted in Bhubaneswar’s largest shopping mall Esplanade located near Rasulgarh Chhak today.

During the drill, the participating personnel practised various key skills required in case of a terror strike. They diffused a bomb in a controlled environment, captured a masked terrorist and rescued people trapped in the crossfire.

Notably, this was the second such occasion when the Esplanade Mall witnessed such a mock drill. On the earlier occasion a similar drill had been held on March 28.

The mock drill was conducted to examine the readiness of the disaster management forces to tackle the possible threat, said Mall authorities.