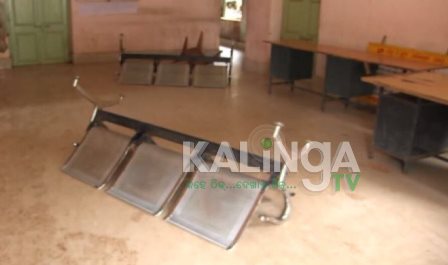 Balangir: Demanding the immediate transfer of tExecutive Officer of Balangir Municipality, Councillors of the town ransacked the Municipality office here on Wednesday.

According to sources, the Councillors were demanding the transfer of executive officer Sachidananda Satpathy for the last few days alleging that Satpathy was asking for PC for government works.

The Councillors vandalized the tables, chairs and glasses of the doors and windows while protesting today. They also tore the door curtains and dug out the name plate of the Executive Officer.