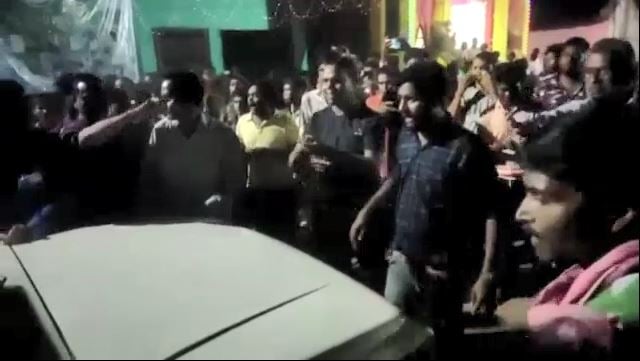 Bargarh: An irate mob allegedly thrashed some police personnel in a village under Jharbandh police limits in this district of Odisha on Thursday.

As per reports, the residents of Dabha village were present in the Durga puja celebration yesterday midnight when the police team reached the spot and asked to stop different programmes that were being organised for the celebrations. Police reportedly interfered claiming violations of covid-19 norms.

However, the intervention of Police did not go well with the villagers and scuffle started between the two parties.

Reportedly, some locals damaged the rear glass plate of the police vehicle.

Following the incident, the Police personnel returned to Police Station and filed complaint. Two cases have been registered in this connection for damaging Police vehicle and for violation of Covid 19 guidelines.