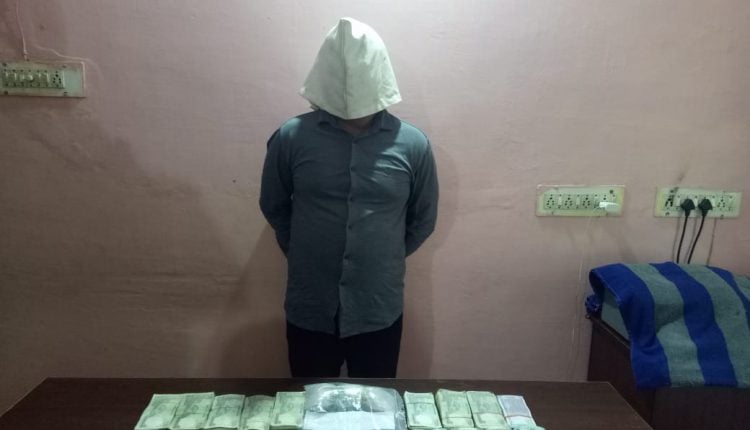 Bhubaneswar: Police today arrested drug peddler Santosh Panda (32), who had jumped parole in 2014 after being convicted in an attempt to murder case in Khurda and was since on the run.

Panda was caught with brown sugar weighing 300 grams and cash of Rs 2.14 lakh. Police said that the market value of the seized brown sugar will be Rs 30 lakh.

Police have also seized one motorcycle and five mobile phones from his possession. “Panda has procured the contraband from Balasore and was nabbed while trying to distribute the brown sugar to small-time traders,” said a police official.

Police said that Panda was involved in a number of criminal cases in Khurda and adjoining areas. “ He was also involved in loot of cash of Rs 60 lakh in Tangi area of Khurda district,” added the police official.