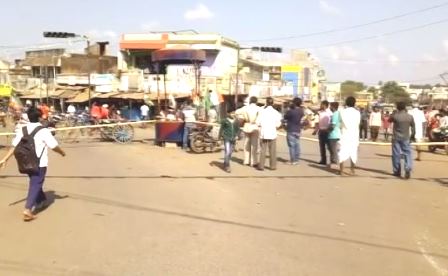 The Congress activists staged road blocked on NH-26 and NH-63 and raised slogans against the Central and Odisha Government.

The party leaders alleged that though Borigumma is the largest block in Odisha, it is yet to get the NAC status.

Hundreds of vehicles and commuters were seen stranded on the National Highways due to due to the blockades.

The state ruling party and BJP had also earlier raised the demand.