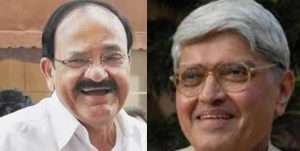 Bhubaneswar: With Vice President-elect M Venkaiah Naidu polling 21 more votes than the numbers commanded by the ruling NDA combine in Parliament, allegations and denials are flying thick and fast about possible cross-voting by some BJD MPs.

Leader of Opposition (LoP) Narasingh Mishra set the ball rolling pointing fingers at the ruling party. “With Naidu getting 21 votes more than the NDA’s strength, it is now clear that cross-voting has taken place in the Vice Presidential election. It is difficult to say which party has cross-voted. But there is reason to suspect that some BJD MPs have cross-voted,” he said.

The BJD was quick to dismiss the allegation with senior party leader Debiprasad Mishra saying reports in the national media not even hinting at any possibility of cross voting by the BJD. “I have no doubt that all our MPs have voted for the candidate supported by our party,” he said.

Another senior leader and party spokesperson Prashanta Nanda echoed Mishra. “I cannot speak about others. But as far as our party concerned, all our MPs have voted for the candidate supported by the party,” he said hinting at the possibility of cross-voting by some JD (U) MPs after the party tied up with the BJP recently.

Meanwhile, Union Petroleum minister Dharmendra Pradhan has made light of the allegation of cross-voting saying; “Venkaiahji’s victory should not been seen as the victory of the BJP and NDA. It is a victory for the policies of Prime Minister Narendra Modi ji. If someone has a problem with that, it cannot be helped.