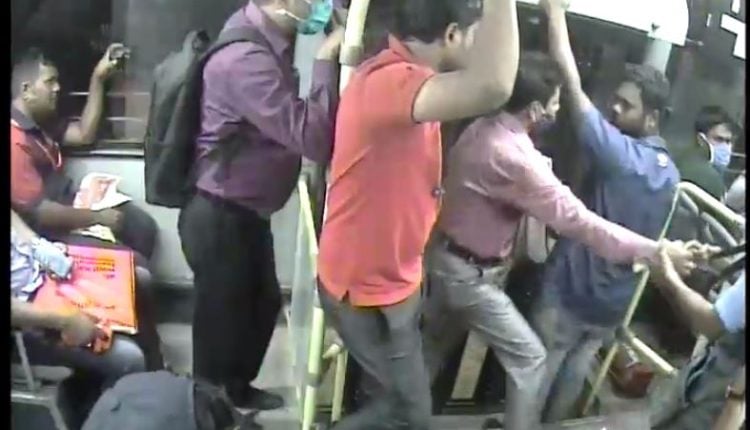 Bhubaneswar:  In the ‘MoBus passenger push up’ matter a complaint has been lodged against MoBus staff wherein it has been alleged that the conductor pushed a passenger in Hanspal area of Bhubaneswar from the bus for which he sustained injury. CRUT has issued its clarification in this regard and issued the live CCTV footage of the incident.

As per reports, one Nirmalendu Parida of Balianta area was travelling on MoBus No. 16 on Tuesday evening. He was allegedly pushed from the bus at Hanspal area in the outskirt of Bhubaneswar for which he sustained injury. He is now getting treated at a private hospital as he has sustained injury on his right leg. Subasis Parida, son of the victim, has lodged an FIR in this matter at Mancheshwar Police Station.

However, in this matter CRUT issued the following clarification: 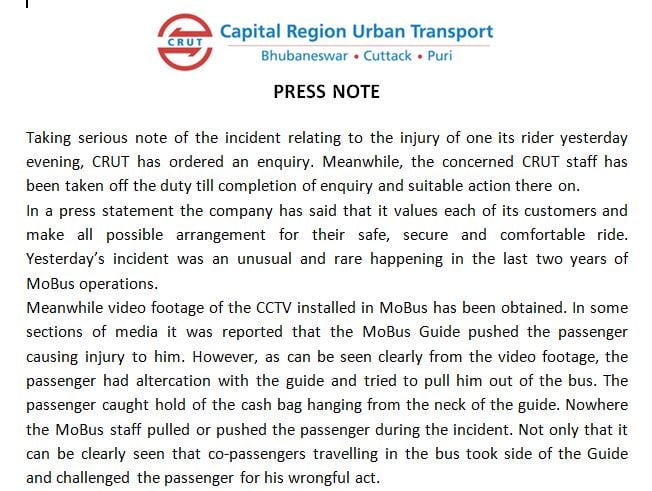 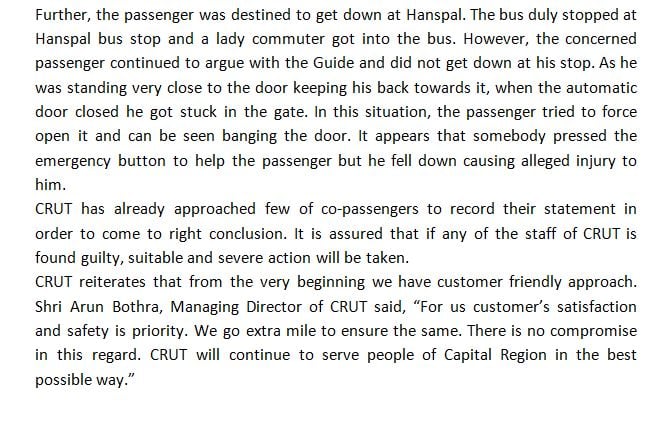 Taking the matter seriously CRUT, which operates MoBus service, has issued clarification in this regard. CRUT has issued the live video footage of the said incident taken by the CCTV installed in the bus.

CRUT MD Arun Bothra said to Kalinga TV that the person got injured in this incident and we are sad to know about it. However, the allegation that the conductor pushed him from the bus is not correct. In this regard Bothra said that people should watch the footage to find out the truth.