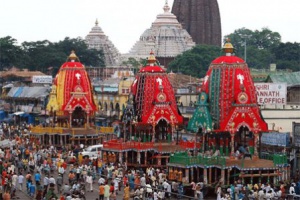 Puri: Compensation for unnatural deaths during Ratha Jatra of Lord Jagannath and his siblings was announced on Monday.

A compensation of 5 lakh was declared for a person dying an unnatural death within Puri Municipal limits between the Naba Jaubana Darshan on June 24 and Niladri Bije on July 6.

For the first time, servitors and those engaged in the making of the chariots of the deities have also been included in the list of beneficiaries of the compensation.

The ex-gratia was declared as per the agreement between the Shree Jagannath Temple Administration (SJTA) and National Insurance Company.