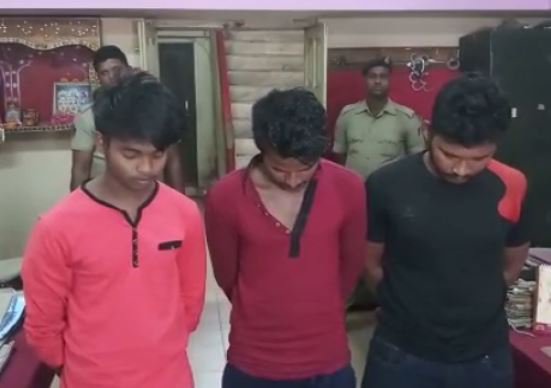 Bhubaneswar: Busting a snatcher gang, the Twin City Commissionerate Police today arrested at least three youths in the city and seized huge amount of loot articles from them.

Police arrested the accused trio after acting upon a complaint lodged by one Pallavi Priyambada Patra at the Khandagiri Police Station last Saturday. As per the complainant, the accused trio came on a Pulsar bike on the day of the incident and snatched away her vanity bag near the Fire Station Square.

A police team formed by the Commissionerate Police and led by Sub Inspector BK Das and Assistant Sub Inspector AS Khan to investigate the case, nabbed the accused after conducting raids at different places in the city.

CBI arrests IT Official on bribery charges in Odisha