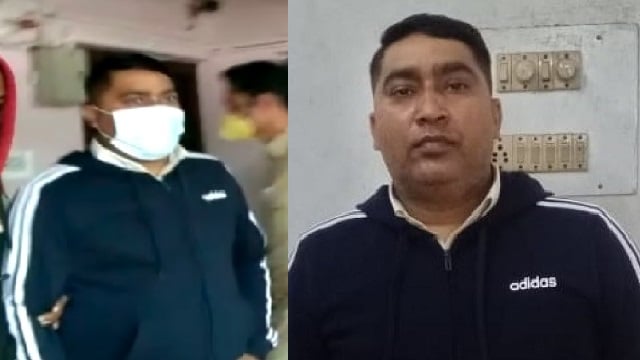 Bhubaneswar: A day after arresting him, the Commissionerate Police has prayed before the court to take the most wanted fraudster Prabhakar Jena on a remand.

According to reports, the city police has pleaded before the court to take Jena on a seven-day remand to interrogate him over the allegations leveled against him by several people. He was arrested from the State capital city yesterday.

Jena, a resident of Aul area in Kendrapara district, had reportedly taken around four crore rupees from different people assuring them to provide high interest in a short period of time.

Initially, Jena kept his promise of giving high interest to the people only with an aim to gain their faith. However, later he went absconding, following which several complaints were filed against him by the depositors. While investigating the case, cops arrested the accused from Samantapur area of the State Capital City on January 15.

RBI has been requested to share Archana Nag’s bank details:…

During interrogation, police came to know that Jena went to work at a bag manufacturing company in Chennai after completing Plus Two. He worked there for over 10 years and wanted to become the owner by opening such companies in Odisha.