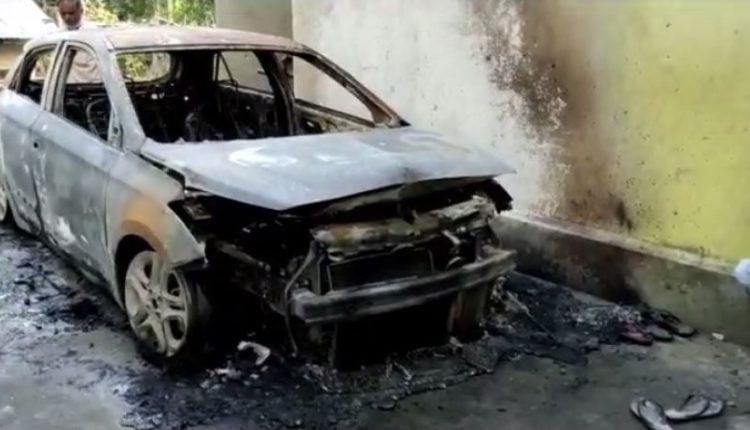 Bhadrak: The Coal Mafias set a car of a person ablaze suspecting him to be a police informer in Bhadrak district yesterday night.

The incident took place at Marapur village in Paribindha under Ichapur police limits in Bhadrak district.

The owner of the car has been identified as one Pratap Kumar Behera.

According to sources, the Railway Protection Force (RPF)  had conducted a series of raids against coal theft  by coal mafia from coal laden wagons along the Bhadrak-Dharma route and asked Pratap about the coal smuggling and about the location.

He had informed about the activities of the coal mafia happening in that area.

In an alleged act of revenge, late on Monday night they poured petrol on Pratap’s  Hyundai car, parked in his house, and set it ablaze.

Setting Example For Others! This IAS Officer Comes To Office With Her 22-Day-Old Daughter To Work; Watch Video