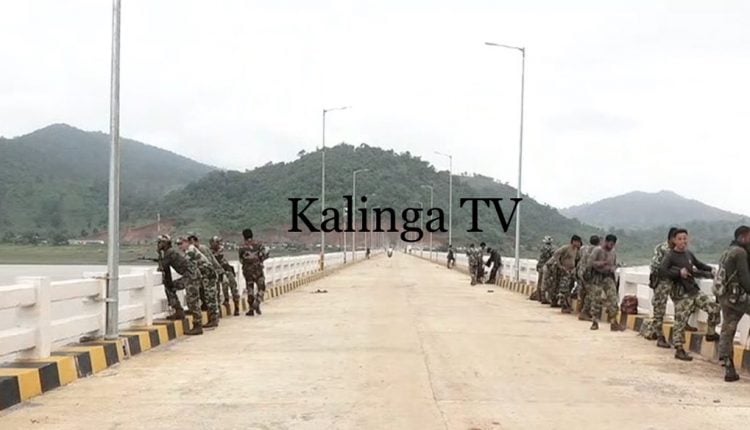 Malkangiri: Security has been beefed up along the Balimela reservoir, as Chief Minister Naveen Patnaik will inaugurate the much-awaited Gurupriya Bridge near Chitrakonda in the district in Odisha on Thursday.

“As many as six platoons of force have been deployed in areas close to the Gurupriya Bridge. Besides, District Voluntary Force (DVF) and Special Operations Group (SOG) have been augmented in vital locations and the nearby hilly areas are dominated by BSF,” said Malkangiri SP Jagmohan Meena after reviewing the security arrangements.

On July 21, Director General of Police (DGP) Rajendra Prasad Sharma along with Director, Intelligence and officers of District Police and Central Forces visited the spot and reviewed the antire security scenario at Gurupriya Bridge.

The bridge will connect as many as 151 villages across the Balimela reservoir with the main land of Malkangiri. It will be the lifeline for more than 20,000 inhabitants of these cut-off area villages, as people have been relying on the ferry boats to visit Chitrakonda or Malkangiri for medical, marketing and other purposes.

Moreover, the bridge will help the security personnel to take on left wing extremists in the cut-off region.

Notably, several villages in the region drowned and 151 villages were cut-off from the mainland after the commencement In of Balimela Hydroelectricity Project in 1960s.

Odisha CM to be next PM? Find out…