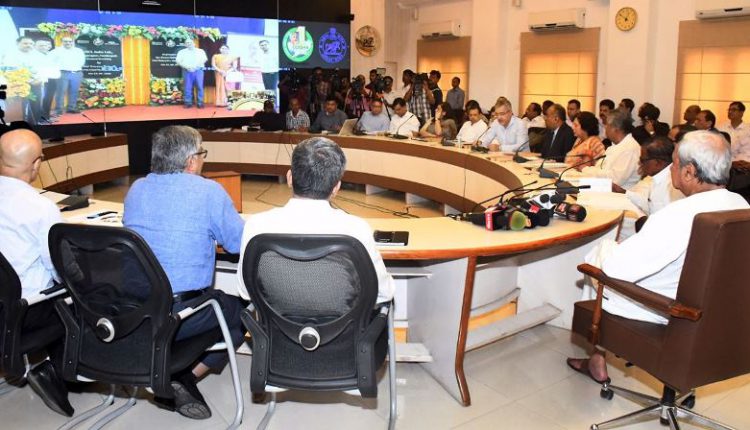 The ceremony witnessed the inauguration of two units and the beginning of construction of 13 manufacturing units in Odisha at a cumulative investment of Rs 2,901.20 crore. These projects are expected to create 3,091 jobs.

“My government has promulgated progressive policies and developed state-of-the-art infrastructure besides demonstrating commitment to deliver projects on ground, which is reflected in the fact that out of the investment intents received, close to 65% projects are in various stages of approval and implementation,” the CM said.

“The 15 industries for which groundbreaking/inauguration is being conducted today will provide employment for more than 3,000 people in the State. I congratulate all the concerned departments for their continuous efforts towards successful grounding of these projects,” the CM added.

It may be noted that subsequent to the Make in Odisha Conclave 2016, the first groundbreaking ceremony was held in November 2017 for 15 manufacturing units which grounded investments worth Rs. 11,690 Cr with scope to generate 8,187 jobs.

The list of units for which inauguration/groundbreaking was conducted is given below. Most notably, these projects demonstrate implementation of State’s vision to broad-base industrial development beyond the mineral-based industries. The projects are in diverse sectors including food processing, cement, downstream industries in metals among others.

With the objective of attracting 2.5 lakh crore of fresh investments and generating 30 lakh job opportunities as part of CM Naveen Patnaik’s Vision – 2025, the Government of Odisha is diversifying and broadening the state’s industrial development across the focus sectors.

Odisha’s investor-friendly policies and the development of world-class infrastructure have received very positive feedback from investors across the country as the State has been able to create an ideal business ecosystem for various sectors to flourish in the state.