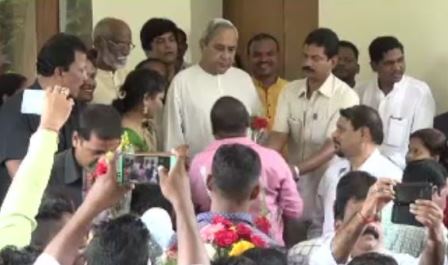 Bhubaneswar: Hundreds of people from undivided Koraput district on Sunday met Chief Minister Naveen Patnaik at his residence Naveen Nivas and thanked him for expediting the process for Jeypore-Nabarangpur rail link.

As per the MoU signed between the Centre and Odisha government in October, 2016, the state government will provide the entire land free of cost and share 50 percent of the project cost of the Jeypore-Nabarangpur Rail project.

Once completed, the project will benefit people of seven districts.