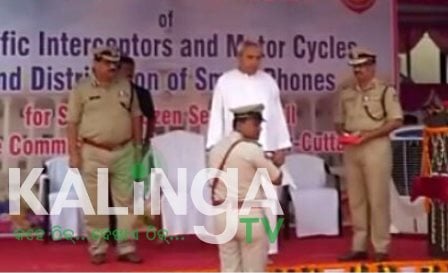 Bhubaneswar: Chief Minister Naveen Patnaik on Wednesday flagged off four traffic interceptors and 36 motorcycles in a bid to deal with crimes against senior citizens in Bhubaneswar.

According to Khurania, the Chief Minister handed over the appointment letters to the newly appointed Assistant Nodal Officers. One smartphone and bike was also given to each of them for better movement. This will help the Nodal officers in their duty, Khurania said.

Earlier, the city police had opened five senior citizen security cells in 2009. However, it is now in place at all police stations coming under the limits of the Commissionerate Police with one Nodal officer and one Assistant Nodal officer to deal with crimes related to the elderly people effectively.