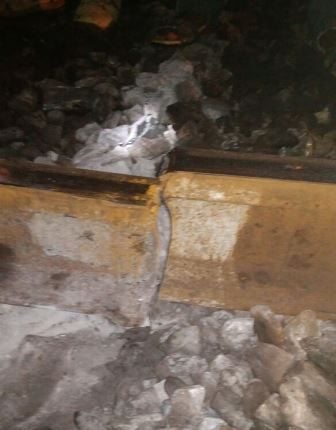 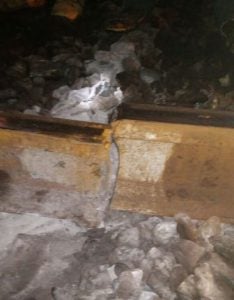 Rayagada: Hundreds of passengers in Visakhapatnam-Korba Express had a narrow escape near Muniguda Railway Station in the district Monday night after a crack on the tracks was detected just ahead of its arrival.

A gangman on duty at the Muniguda Railway Station came across the crack on the tracks late in the night and immediately showed red light to the train which was just a few metres away. A temporary repairing work was carried out by the station authorities on the tracks immediately.

The train was allowed to pass through the station after a halt of almost two hours.