The boy, who has been identified as Clifford Kujur, a student of St Johns School, reportedly fell nearly 40 feet from flyover in Sambalpur. 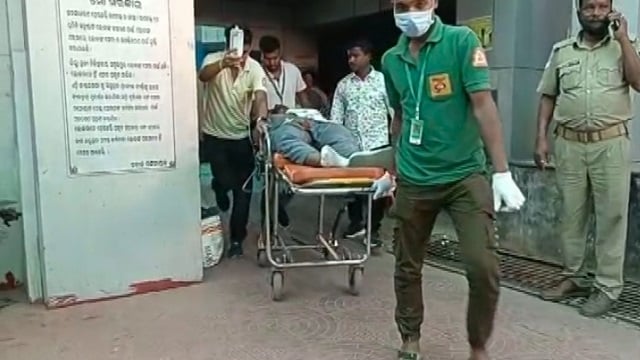 Sambalpur: In a sad and shocking incident, the class 10 student, who sustained grievous injuries after falling from a flyover in Odisha’s Sambalpur district yesterday, reportedly died while undergoing treatment at the hospital today.

The minor boy, who has been identified as Clifford Kujur, a student of St Johns School in Sambalpur, reportedly fell nearly 40 feet from flyover near the Laxmi Talkies of Sambalpur city. He accidentally fell from the flyover bridge while he was looking down.

Kujur, who sustained injuries on his face and waist, was rescued and rushed to the Sambalpur District Headquarters Hospital for treatment. Later, he was shifted to the Veer Surendra Sai Institute of Medical Sciences and Research in Burla.

However, the minor succumbed to his injuries while undergoing treatment at the hospital.

Meanwhile, Sambalpur Sadar Police is said to have started an investigation into the matter. They are finding out whether he himself fell or he was pushed by someone else.

Sources said that Kujur’s body will be handed over to his family members after completing the postmortem.

Firing at birthday party leaves one critical in Delhi

Petrol and diesel prices fall in Bhubaneswar on January 14