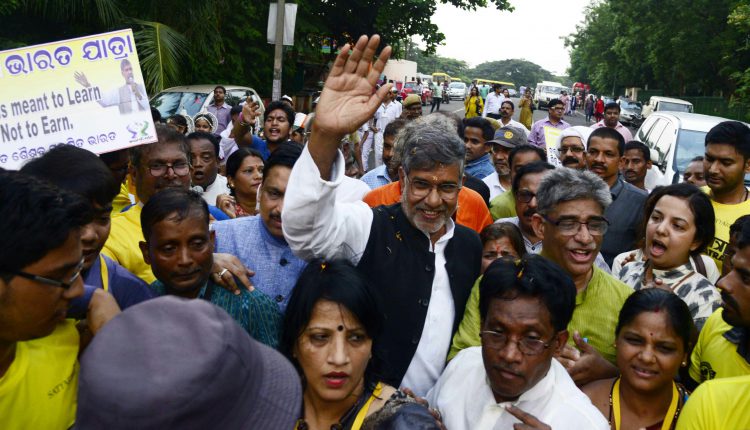 Childhood must be secured in the best interest of Nation: Kailash Satyarthi 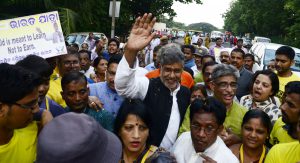 Bhubaneswar: “Country will be secured if childhood is secured,” said Nobel laureate Kailash Satyarthi while addressing a gathering at Kalinga Stadium here on Tuesday.

Satyarthi also opined that security of children is very important for an individual and the society. The nation will develop if child trafficking is stopped and everyone has a role to play.

Soon after arriving at around 4 PM, Satyarthi participated in a padayatra which was organized to create awareness on child sexual abuse and trafficking.

Around 500 children, along with thousands of members of different organizations and common people including school children and staff took part in the padayatra which was held from Gandhi Park to Kalinga Stadium.

Some politicians including Odisha Ministers, MLAs and MPs also attended the programme.

This awareness programme was a part of the Bharat Yatra launched by the Nobel laureate from Kanyakumari to Delhi to spread awareness about child abuse and trafficking on September 11.

The Nobel peace prize winner also addressed a huge gathering of general people in Cuttack. He is slated to visit Sambalpur tomorrow where he will attend a similar awareness programme.