Child-lifter thrashed by villagers, handed over to police 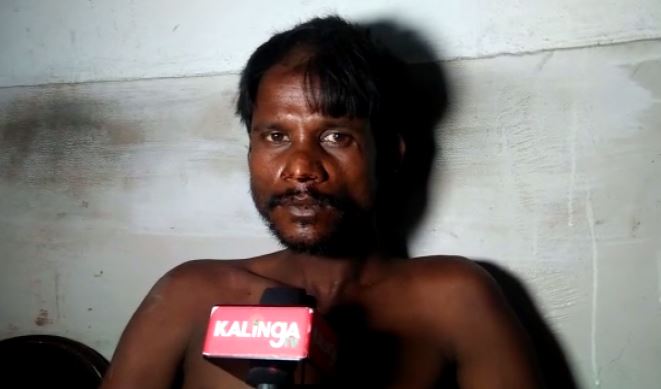 Cuttack: Tension prevailed in Itukura village under Mahanga police limits yesterday after locals nabbed a child lifter red-handed while trying to kidnap a minor boy and thrashed him mercilessly in full public view.

The accused has been identified as Mathura Mallick (21) of Ghushuriamal village under Nikirei Police Station of Keonjhar.

As per the report, the accused targeted the victim minor identified as one Debasish Pradhan, son of Babuli Pradhan while he was playing near a field in front of his house last afternoon. He administered a sedative to the child and hid him in a nearby under consrtuction house by stuffing in a bag.

However, after the Debasish’s sister Sonali witnessed the whole episode of kidnapping and raised an alarm, scores of people rushed to the spot and nabbed the accused. Later, the roughed up him by asking the whereabouts of the abducted child for almost 3 hours and released only after Mahanga Police reached the village.

“Police have arrested the abductor and rescued the child based on the information provided by him during interrogation. He has been admitted to hospital for treatment due to the injuries inflicted upon him by villagers during detention,” informed Ranjan Kumar Pradhan, IIC Mahanga Police Station.

Notably, around one and half year ago the same accused had been nabbed by locals in Laxminarayanpur village in the same district and later handed over to police.