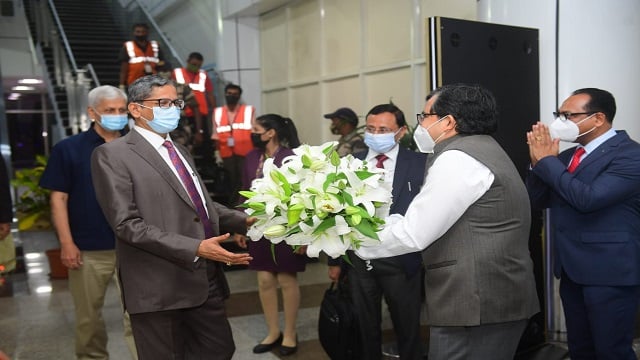 Soon after his arrival Justice NV Ramana went to Puri by road, where he will have the night halt in the Pilgrim City.

After having darshan of Lord Jagannath tomorrow morning, Justice NV Ramana will go to Cuttack where he is slated to inaugurate the New Building of the Odisha State Legal Service Authority (OSLSA).

He is also slated to inaugurate and dedicate the AAIN Seva Bhawan and unveil the plague. This would be followed by his visit to the Digitization Centre of High Court of Orissa and Record Room.

Thereafter, Justice NV Ramana will inaugurate the OJA Auditorium and later garland the statue of Mahatma Gandhi on the premises of Orissa High Court’s new building.

Then, the CJI will arrive at Bhubaneswar in the afternoon of September 25 and depart for New Delhi at 6.40 PM.