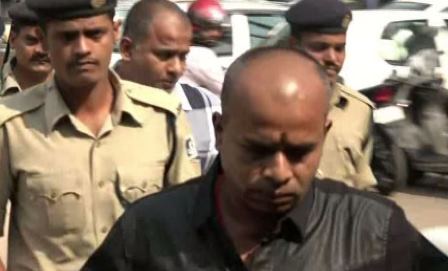 The five others against whom the charges were framed include Sangram Routray, Bharat Bhusan Swain, Ramachandra Das and Sulekh Sahu.

The court framed the charge under section 25 (1B) of the Arms Act and set December 1, 2017 for the next hearing of the case.

The Dhalasamant brothers had on Friday filed a discharge petition which was rejected by the court. As many as three cases, two were registered at Chauliaganj police station and one at Manglabag police station against the accused.

Notably, when Sangram Routray was arrested, a mauser pistol and six rounds of live bullets were seized from his possession. Similarly, the police had recovered Rs 12.44 lakh cash, four mausers, 160 rounds of live bullets when Rama Das and Bharat Bhusan Swain were nabbed. When Manglabag police had arrested Sulekh Sahu, three firearms, including a mauser, a single barrel and a double shotgun, were seized from his house, along with 11 rounds of ammunition.

The police seized four mauser pistols with 127 live bullets, a carbine, a double barrel gun along with 22 ammunition, a day after their (gangster siblings) arrest on January 29, 2015 during a raid at their house.