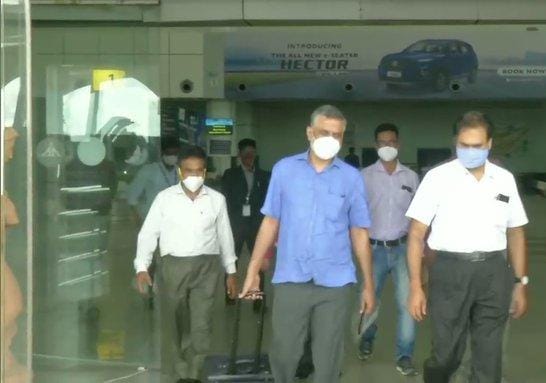 Bhubaneswar: A central team led by Praveen Vashista, joint secretary of Ministry of Home Affairs is in  Odisha for an on-the-spot assessment of the damage caused by the recent floods.

The team arrived in  Bhubaneswar on Wednesday on a two-day visit. The team will visit districts Jajpur and Puri today.

A wrap up meeting will be held with the team under the chairmanship of the Chief Secretary today.  Among others, Development Commissioner, Agriculture Production Commissioner, Special Relief Commissioner & Additional Chief Secretary, Disaster Management and Secretaries of different departments are scheduled to attend the the  meeting.

Earlier Chief Minister Naveen Patnaik had announced a special package of Rs 300 crore for livelihood support for the farmers affected by recent floods.

Incessant rainfall and consequent flood during last week of August in different districts had caused damage of several houses and the standing crops in the state.