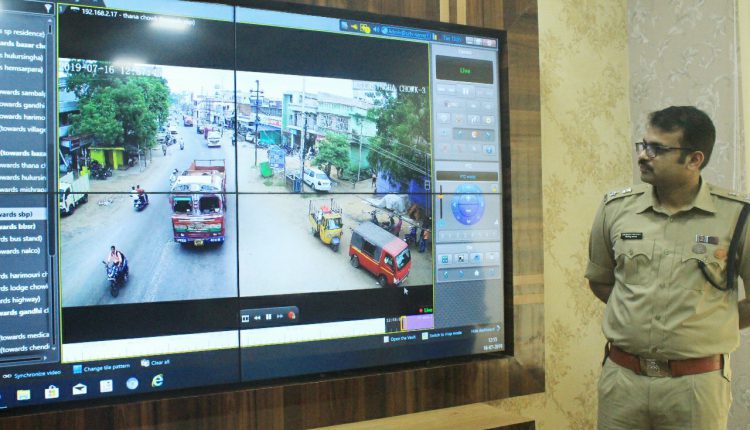 Angul: Angul police is all set to start CCTV surveillance system in the town with the installation of 38 CCTV cameras at eight major squares in the town. Police said that the CCTVs have been installed on a pilot basis and the system will be formally inaugurated soon.

Police said that a 24×7 Control Room has been opened at the district police headquarters and the control room which will coordinate with PCR vans in the town.

The movement of vehicular traffic along with traffic offences such as triple riding, rash driving, driving without helmet and movement of criminals and antisocial will be directly monitored at the Control Room through CCTV surveillance.

Police said that two other important towns of the district ie-Talcher and Kaniha in future.