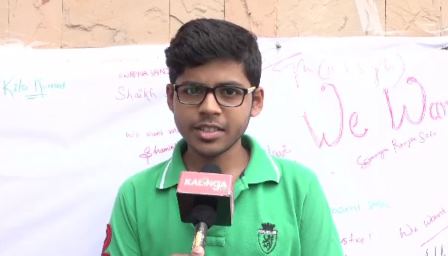 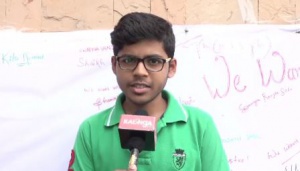 Bhubaneswar: In a significant development in the ongoing controversy over the discrepancies in the CBSE Class XII results, a signature campaign was held on the premises of the CBSE regional office here on Wednesday.

A delegation of the Parents’ Association will meet President Pranab Mukherjee and Prime Minister Narendra Modi along with the signatures and apprise them of the matter.

The delegation will also meet Union Human Resource Development (HRD) Minister Prakash Javadekar and urge him to take action in the matter.

“We are conducting the signature campaign and will submit it to the President and Prime Minister and draw their attention to the gross negligence of the CBSE due to which we are suffering now. We urge the government to take action soon as we are debarred from taking admission in institutions,” said Sidharth Mishra, a student.

A day after the Orissa High Court filed a suo motu contempt of court case against the Joint Secretary (Academics) of Central Board of Secondary Education (CBSE) headquarters, New Delhi Manoj Kumar Srivastav for his derogatory remarks in connection with the result fiasco, the CBSE formed two committees to probe the incident.