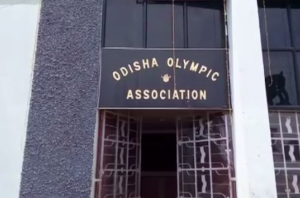 Cuttack: The Central Bureau of Investigation (CBI) on Friday conducted raids on the office of the Odisha Olympic Association (OOA) at Barabati Stadium in Cuttack as well as the residence of former Secretary of OOA  Asirbad Behera in connection with the ongoing investigation into allegations of land grab and financial irregularities by OOA.

The Supreme Court had handed over the probe into the allegations to the CBI.

The CBI also conducted simultaneous raids at five places, including the residence of Behera’s son-in-law in Bhubaneswar, office of M/s INCON Associates along with his houses at Ramagarh and Tulasipur here in Cuttack.

Earlier, the Supreme Court had debarred Behera from contesting election for the post of OOA secretary.

Meanwhile, the CBI has registered an FIR against Behera, M/s INCON Associates and other unknown people after today’s raid.