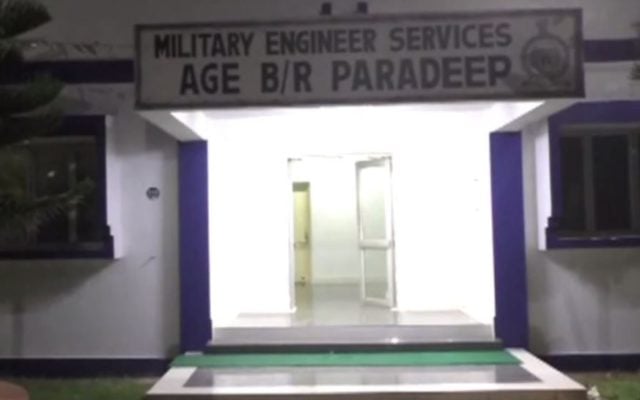 Paradip: The Central Bureau of Investigation (CBI) on Friday arrested an electrical engineer Rajiv Ranjan Reddy of Military Engineer Services (MES) for allegedly demanding and accepting a bribery of Rs30,000.

The raid  was conducted following one contractor Pabitra Mohan Parida’s complainant’s statement that the engineer was allegedly demanding a bribe of Rs 30,000 to allow six workers of the contractor for a particular assignment.

The CBI laid a trap and caught the engineer red-handed at his office while demanding and accepting bribe of Rs 30,000 from the complainant.

Searches are being conducted at the JE office and residential premises at the coast guard colony in Paradip of the accused. The CBI have also seized some important documents from his office and residence, informs CBI

Past Enmity Leads To Fight In Outskirts Of Bhubaneswar, 4 Critical