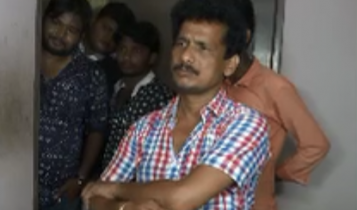 Bhubaneswar: In another blow to Ollywood comedian Tattwa Prakash Satpathy, better known as Papu Pompom, the POCSO Court on Saturday framed charges against him in connection with the casting couch case involving a minor girl.

According to Papu’s counsel Ratnakar Nayak, the charges were framed against Papu under Sections 341, 323 and 354 of the IPC and Sections 8 and 12 of Protection of Children from Sexual Offences (POCSO) Act.

The charges were framed after the actor appeared before the court.

Commissionerate Police had arrested Papu from Puri on June 30, 2016 on charges of sexually harassing a minor girl on the pretext of giving her a break in Ollywood. He was arrested based on the complaint lodged by a Bhubaneswar-based NGO at Mahila police station.

However, he is currently on bail.