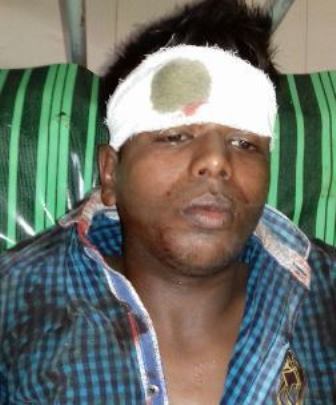 Campus violence in colleges across Odisha on nomination day 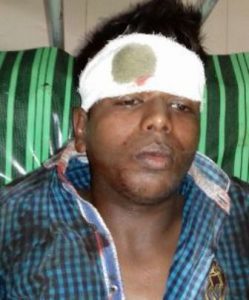 Bhubaneswar: Campus violence erupted in colleges across Odisha this morning during the filing of nominations by candidates for the Students’ Union Polls.

While a poll contestant sustained injuriea in an attack carried out by supporters of the rival candidate in Hinjili Science College in Ganjam, bombs were hurled at the Brahmagiri College in Puri.

Tension gripped Hinjili Science College after a presidential aspirant in the Students’ Union poll Papun Sahoo was beaten up brutally by a group of students from the college just before the process of nomination filing began. Papun sustained head injury in the incident and was rushed to the Hinjili Medical. Hundreds of members of All India Democratic Students’ Organisation (AIDSO), which had fielded Papun, held protests in front of the college gate following the incident. Police force was deployed in the campus in view of the tension.

Trouble also erupted at the Khemundi Mahavidyalay in Digapahandi of Ganjam district ahead of the filing of nominations after bike-borne miscreants entered the campus and hurled a bomb. The incident created panic among the students.

I’m Brahmagiri in Puri district, some unidentified men hurled bombs at the Alarnath Dhandamulak Mohavidyalaya and vanished during the nomination filing process. Some live bombs were also seized from the campus by police.

Two groups of students entered into a scuffle in SCS College in Puri over election issues, leaving several injured. Security was beefed up in the campus during the nomination filing and ample arrangement of police force was made by the college authorities.

Notably, the nomination filing was completed between 9 AM to 12 noon today across all colleges in the state. The last date of withdrawal of nomination is September 18, between 2 PM and 4 PM. The final list of candidate would be published by the college authorities by 5 pm the same day.