Cab Driver Arrested For Running over Puppies in Bhubaneswar Bhubaneswar: Chandrasekharpur Police arrested a cab driver today for running over four puppies near Sailashree Vihar.  Jiban B Das, Secretary, People for Animals, Bhubaneswar had demanded arrest of the Cab Driver, who was responsible for killing the puppies.

As per reports at around 10.45 AM today the sad incident of hit and run took place in front of Highland Residence in Sailashree Vihar, Bhubaneswar. All four puppies died on the spot. The incident was witnessed by the security of the Residency and another resident of the Apartment. While the witnesses tried to stop the vehicle, the driver managed to flee away. As per reports, the vehicle is a white-green TATA Bolt car bearing Registration Number OD 02 AP 7424. 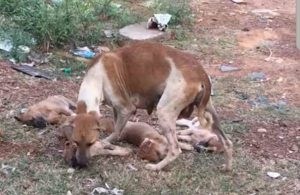 Later the witnesses intimated about the matter to the People for Animals (PFA) organization. Accordingly, PFA secretary filed an FIR against the Ola driver Kanhu Charan Giri in Chandrasekharpur Police Station.  Following the complaint, a case was registered under 279, 429 of IPC r/w 11 of Prevention of Cruelty to Animals Act and 184 of MV Act. And today Police arrested the accused.

The killing of dogs is illegal under section 428 (mischief of killing and maiming animal) which is punishable with both imprisonment and fine. This is also a violation of 279 of IPC and 184 of Motor Vehicle Act. It is also a violation of section 11 of Prevention of Cruelty of Animals Act 1960, Das mentioned in the FIR seeking action against the accused. 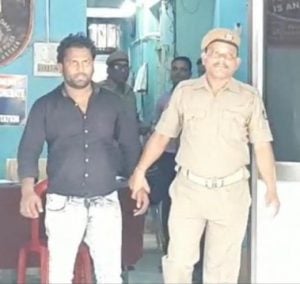