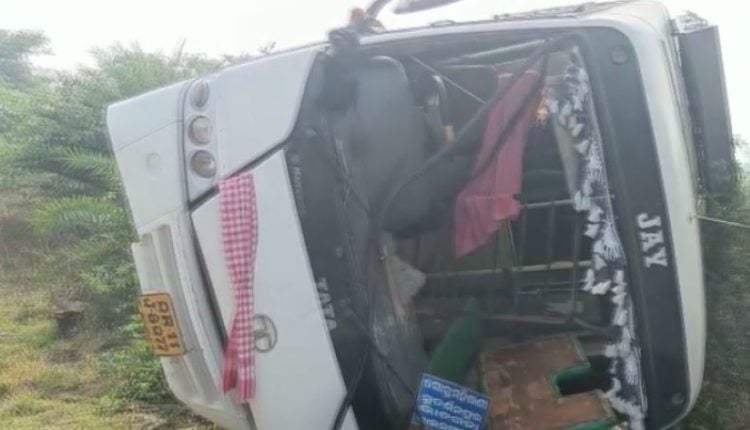 Rairangpur: Atleast 10 injured and two others critically injured as the bus in which they were travelling overturned near Tolka village under Gorumahisani police limits in Rairangpur.

Sources say, the ill fated tourist bus named “Bhutnath” was enroute Jamada to Kahutuka area in Mayurbhanj, when the bus lost control over its wheels and overturned, leaving ten passengers injured and two others critically injured.

The villagers rescued the injured and immediately rushed to Gorumahisani hospital and the critically injured to Sub-divisional hospital in Rairangpur for medical treatment.

On being informed the police arrived at the spot and have started an investigation.

Will Covaxin, Covishield be effective against new variant Omicron? See what ICMR experts have to say