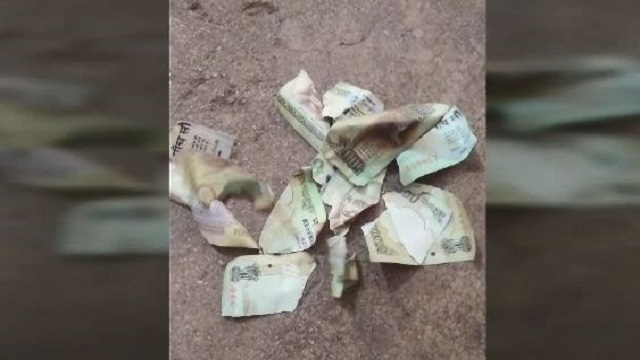 Baripada: Video of some bundles of torn currency notes which were spotted after the raids of the Central Tax Goods and Services Tax (CT GST) teams on businessmen’s properties in Odisha’s Mayurbhanj district.

Acting on the allegation of tax evasion, the CT GST had conducted simultaneous raids at the properties of three businessmen in Raruan and Karanjia Towns of the district. The businessmen have been identified as Sunil, Pravat and Saurav Sultania, who are siblings.

However, now a video of some bundles of torn currency notes is going viral on social media platforms. It is speculated that the Indian currency notes were torn and thrown to escape from being caught by the CT GST team during the raid.