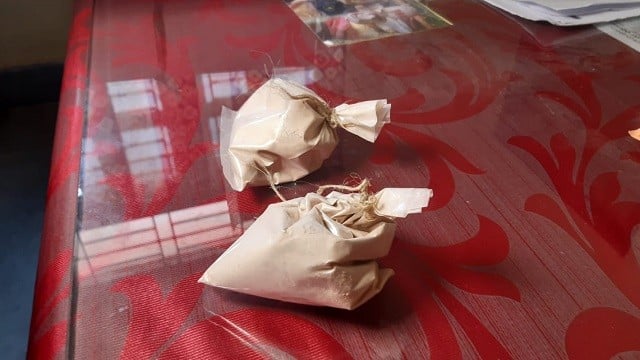 Puri: The Excise Department has arrested two persons for smuggling 200 grams of brown sugar during a raid in Puri town of Odisha today.The arrested persons have been identified as Shiv Prasad Behera and Raghunath Das.

According to reports, the excise officials received a tip-off about smuggling of brown sugar at Siddha Mahavir Railway Level Crossing in the town. Acting under the tip-off the officials conducted a raid and nabbed the accused persons.

The cost of the seized brown sugar is estimated to be around Rs 20 lakhs.

The Excise officials said that the brown sugar was being smuggled from Balasore in a train. It is assumed that the smugglers used Purushottam Express to run the contraband.

The accused are being questioned to obtain more information about the contraband, said the Excise Department.