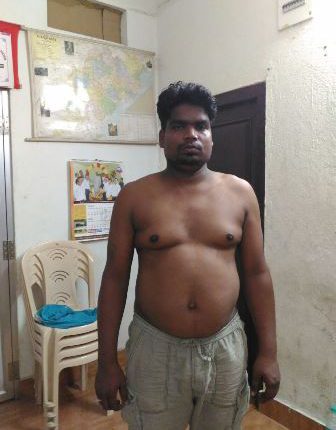 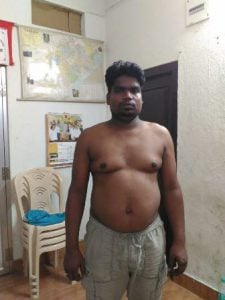 Bhubaneswar: In a notable success against drug traffickers in the State, Odisha police arrested two persons – one each from Balasore town and the State capital Bhubaneswar – and seized brown sugar worth lakhs from their possession.

In the first raid, Sahadevkhunta police arrested one person and seized 100 gm brown sugar from his possession in Arad Bazaar area of Balasore town late on  Saturday night. The second raid was conducted in the Kharavel Nagar police station area in the capital city on Sunday morning.

The accused have been identified as Rintu Tarai of Arad Bazaar area in Balasore and Bapi Barik of Kharvel Nagar area in Bhubaneswar.

Getting a tip-off on sale of brown sugar in front of the accused Rintu’s house located in the Maszid Lane of Arad Bazaar area, a team of Sahadevkhunta Police, led by IIC Pragyan Mohanty, raided the spot and arrested him with a packet containing 100 gm brown sugar. Sahadev Khunta police was assisted by Rupsa police during the raid.

“We got information late in the night on Saturday that the accused Rintu Tarai was busy selling brown sugar to consumers at his house located in the Masjid Lane of Arad Bazaar area. Without any delay, we formed a police team and raided the house of the accused. We were later joined by Rupsa police. During the raid, we took Rintu into custody and seized 100 gm of brown sugar from him,” said Pragyan Mohanty, Sahadev Khunta IIC. “A case under Narcotic Drugs and Psychotropic Substances Act (NDPS), 1985 has been registered against the accused and he would be forwarded to court today,” she added.

On the other hand getting an information on the presence of drug peddler Bapi Barik in the Kharavel Nagar area here, the Commissionerate Police raided his hideout this morning and arrested him with huge cache of brown sugar.