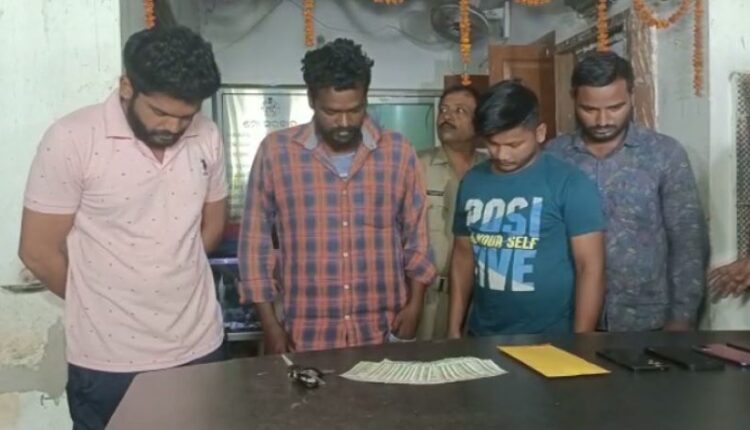 Bhubaneswar: Continuing the crackdown against the sale and smuggling of narcotics in Bhubaneswar, the Commissionerate police on Saturday seized 100 gms of brown sugar and arrested 4 persons in this connection at Rental colony in Nayapalli.

The arrested peddlers have been identified as Bijay Ku Sahoo, Subhabrata Das, Prasanta Ku Sahoo, residents of Puri and Deepak Nayak from Kendrapara.

5G service may not roll out in Bhubaneswar

Acting on a tip-off, Nayapalli police conducted a raid at the rental colony and nabbed the peddlers red-handed. Along with the contraband, police also seized 4 mobile phones and Maruti Zen car from them.

The Odisha police under the drive of white spider seized 100 gms of brown sugar worth 10 lakhs from their possession.