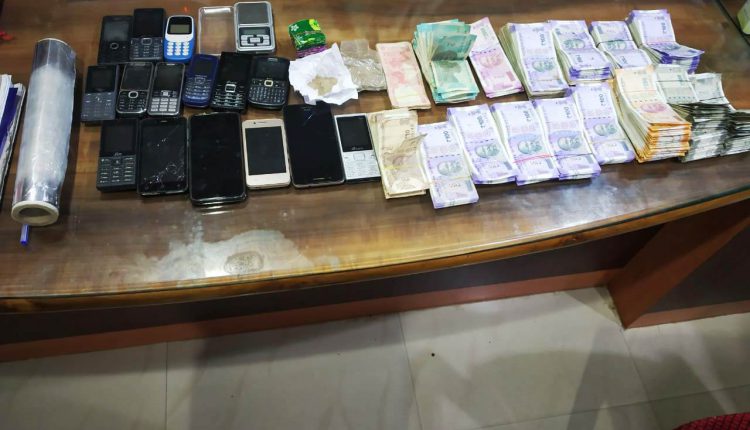 Angul: Police today arrested a drug peddler from Nalco area and seized cash worth Rs 2.94 lakh from his possession.

Police said that the accused has been supplying the contraband in the area for the past few months. “We have seized 15  mobile phones from him along with a weighing machine used for weighing the contraband. He is being further interrogated to identify others involved in the illegal trade,” said a police official.

Also Read: Odisha: Man Claiming To Be Journalist Arrested For Cheating On Pretext Of Railway Job