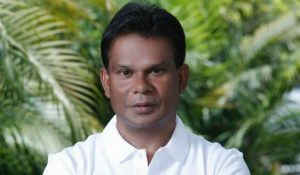 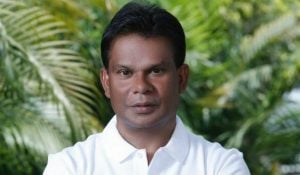 Rourkela: Rourkela MLA Dilip Ray repeated his concern over the Brahmani River row and sought the intervention of Prime Minister Narendra Modi in the matter on Monday.

In a letter to the Prime Minister, Ray urged Modi to convene a meeting of Odisha Chief Minister Naveen Patnaik and Jharkhand Chief Minister Raghubar Das to resolve the issue at the earliest ahead of any adversity.

The legislator said that many districts of Odisha will face water scarcity due to the construction work undertaken by the Jharkhand government on the upper catchment of Brahmani River.

He pointed out that the water level in the Mandira dam, which provides water to industries in the Steel City, had gone down due to the construction of barrages by the neigbouring state in Gumla since 2008.

“A power generation project has also been undertaken by Jharkhand on the Koel River, which will further reduce the water inflow into the Brahmani river. Besides, the Rengali dam and Samal barrages of Odisha will also be affected by it,” said the former Union Minister adding that apart from Rourkela many districts like Sundargarh, Jajpur, Dhenkanal, Angul, Deogarh and Kendrapara would be adversely affected if the water flow in the Brahmani river goes down.

“Therefore, for the mass interest of the people of Odisha, I request you to intervene into the matter and resolve the issue,” said the Rourkela MLA in the letter to the PM.