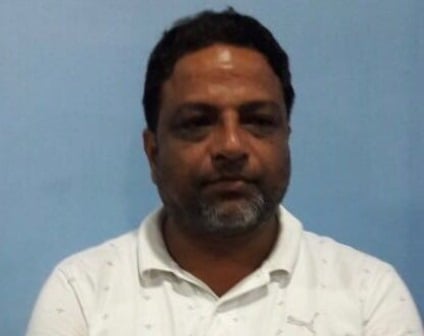 Panda Infra, it may be noted, is the company that was constructing the Bomikhal flyover part of which collapsed on Sunday killing one person and injuring 20 others.

Panda was arrested after he surrendered before DCP Satyabrata Bhoi this afternoon.

The city police had earlier registered a case on the mishap on its own. It had booked Panda and two other Board of Directors for criminal negligence under Sections 304, 337, 338 and 34 of the IPC as prime accused in the mishap. Besides, it had sealed the office of Panda Infra Projects Private Limited office at Vivekanand Marg here.

With the arrest of Panda, the number of arrests in the case climbed to two. Deputy Executive Engineer of Panda Infra Bansidhar Praharaj was arrested earlier today.

Efforts are on to arrest the other accused.

On the other hand, the Odisha Human Rights Commission (OHRC) today issued a notice to the State government taking suo motu cognisance of media reports on a road over bridge (ROB) collapse.

The rights body has asked Works Department Secretary and the Police Commissioner to probe the matter and submit the report within 15 days.