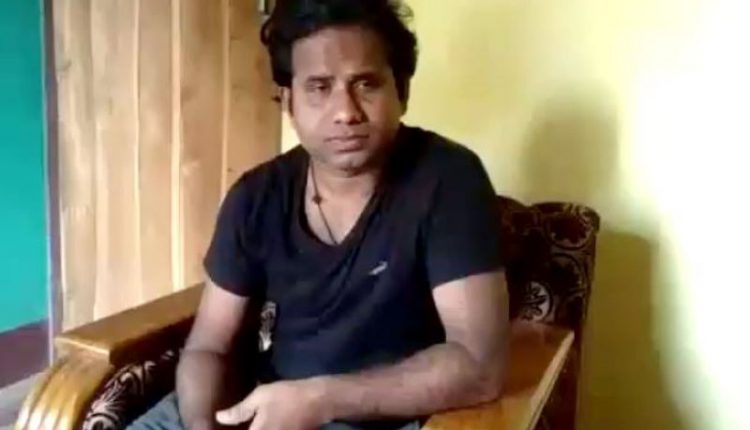 Cuttack: Tension ran high in Brahmanjharilo Rayapur village under Cuttack Sadar police limits last night after some unidentified miscreants hurled bombs at one local’s house who claims to be a BJP leader.

The man whose house was attacked has been identified as Pinak Mohanty, the man who hit the headlines in November last year after threatening Odisha BJP President Basant Panda at toy gun point in Bhubaneswar.

The incident took place at around 1.30 AM in the night while all in Mohanty’s family were asleep. A group of bike-borne men arrived at his house and targeted the walls with country bombs. After Mohanty came out of the house hearing the loud noise, the attackers drove away from the spot.

Informing on the incident to Kalinga TV, Mohanty who claims to be a Circle Vice President of BJP from Barang Block said the attack was followed by a threat call in his mobile phone by a stranger yesterday. He said the caller threatened to eliminate him if he continued to write to BJP’s Central leadership against some leaders of the State.

Notably, Mohanty had written a letter to PM Narendra Modi against BJP’s state leadership on January 30.

While the victim also submitted an audio of the phone call to Kalinga TV, police had not reached the spot till this report was being filed.