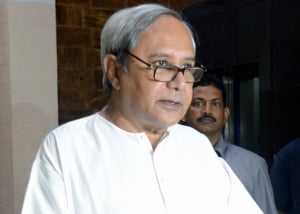 Bhubaneswar:Chief Minister Naveen Patnaik on Tuesday asked bureaucrats to take bold decisions in the larger interest of the people across the state.

Addressing the state and district level officers in a Vision Odisha programme in Bhubaneswar through video conferencing on Tuesday. the Chief Minister said; “Take bold decisions keeping people as the focus. I will stand behind you. All your good work will be recognised and rewarded.” Patnaik said.

Terming officers as the integral part of “Team Odisha”, Patnaik also appealed to them to take the state to the next level of governance in order to make Odisha a modern, empowered and progressive state.

“Without your hardwork and commitment, we couldn’t have walked thus far. But we have huge challenges before us. My government stands for people-centric governance where the outcome is always measured in terms of employment of citizens,” he said.

Recalling his initial days in office, the Chief Minister said when he took charge of office in 2000, Odisha was in a state of despair – a state in hopelessly tough situation with endemic poverty, finances in shambles and infrastructure in a pathetic condition – almost at the bottom in most of the socioeconomic indicators.

However, the state government has come a long way in the last 17 years and set  benchmarks in disaster management, improving agricultural productivity, decreasing poverty ratio, better the national average in IMR & MMR  among others.

“It’s not a mean achievement for a state which suffers from several natural disasters year after year with not much support from successive Central Governments. In spite of this, thanks to the resilience of the people of Odisha, we have overcome many odds and reached here,” the Chief Minister added.

Patnaik also appealed to the officers to work without fear and favour while executing government schemes.

“Our focus on the 3Ts- team work, transparency and technology – is well tested to bring about transformation. All of you must provide adequate leadership to your team where each member will work without fear, deliver the schemes and programmes without favour,” Patnaik told officers.