Body Of Youth Recovered From Bus Stand In Odisha’s Gajapati 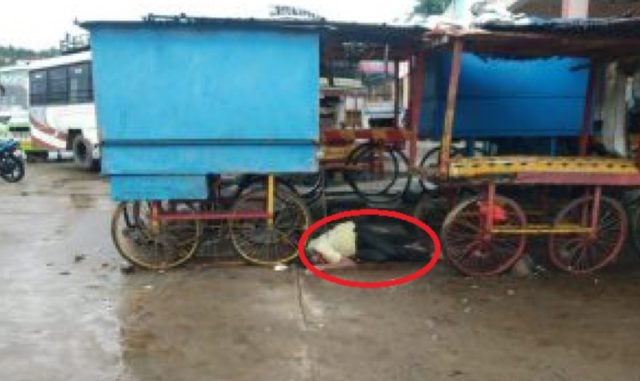 Parlakhemundi: The Parlakhemundi police has recovered an unidentified dead body from the New Bus stand in Sadarhamikuda area situated in Parlakhemundi block of Gajapati district in Odisha.

According to reports the unidentified body was found lying in a pool of blood. The police however suspect that, the man was likely drunk and must have fallen down, hit his head and died due to severe bleeding.

The locals however differed in their opinion and said that the man could have been killed following a fight. The police have sent the body for post-mortem and are investigating into the matter.

The police have said that they are waiting for the post-mortem report to acertain the cause of death.